My barber for the last seven years has died. Mr. Willie L. Shivers was a wonderful man. He was 93!! He was still very active. Hell, he was more active that I am. If you have seen the movie Barbershop… that was Mr. Shivers. He always had something to say. He was thoughtful and kind. He didn’t mention the fact that he was a World War II veteran. When you think about it, is that all you want from someone? Mr. Shivers will be missed. He is survived by two children, five grandchildren and seven great-grandchildren.

Government shutdown – well, here we are again. It’s been a little over a year since we’ve heard the phrase “government shutdown.” Now we face discussions (or arguments, rather) over the federal budget and also about raising the debt ceiling. Last week, some lukewarm bill looked like it was coming to the floor before Republicans killed their own bill. Paul Krugman has more – So, now we face the imminent threat of a government shutdown and/or a U.S. government default because Republicans refuse to accept the notion that duly enacted legislation should be allowed to go into effect, and repealed only through constitutional means. The cause for such GOP threats of chaos is ensuring that tens of millions of Americans continue to lack essential health care. 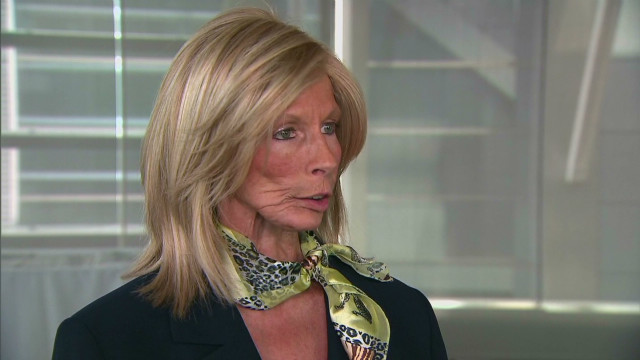 The woman in the CDC’s anti-smoking ad has died. She reminded me of Yul Brynner’s ad that he took out before he died.

Look, we always are trying to find the “key” to any mass murder. There seems to be this reflexive, knee-jerk reaction that we as Americans have to these incidents. We foolishly believe that if we had only unlocked one or two things, we could’ve seen this coming. Hogwash. The one thing that is clear is that we are terrible at predicting individual human behavior. It turns out that Aaron Alexis was in the VA hospital system. Although he had some ringing in his ears and some other disorders, he was not labeled as a paranoid schizophrenic. There are no simple answers. Investigations into how he slipped through the cracks and had clearance to be on a Navy Yard base will be ongoing for the next several months. Don’t expect there to be any specific revelations. We’ve seen how these investigations work. They simply will be inconclusive. On the other hand, there is one thing that is clear from this latest shooting incident. The NRA is completely wrong that a good man with the gun will beat a bad man with a gun. We simply need fewer guns. No other country in the world has the number of mass shootings that we do. BTW, did you read the sad note from the mother of Aaron Alexis?  END_OF_DOCUMENT_TOKEN_TO_BE_REPLACED