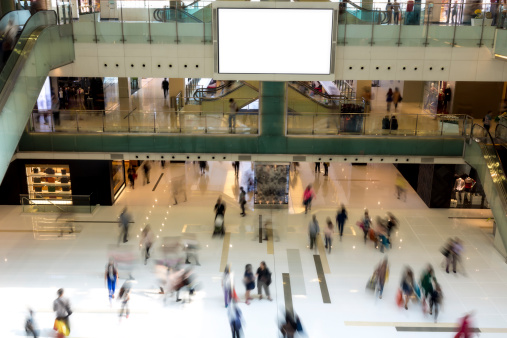 Thirty years ago, on its opening day in 1984, Donald Trump stood in a dark topcoat on the casino floor at Atlantic City’s Trump Plaza, celebrating his new investment as the finest building in Atlantic City and possibly the nation.

Last week, the Trump Plaza folded and the Trump Taj Mahal filed for bankruptcy, leaving some 1,000 employees without jobs.

Trump, meanwhile, was on twitter claiming he had “nothing to do with Atlantic City,” and praising himself for his “great timing” in getting out of the investment.

In America, people with lots of money can easily avoid the consequences of bad bets and big losses by cashing out at the first sign of trouble.

The laws protect them through limited liability and bankruptcy.

But workers who move to a place like Atlantic City for a job, invest in a home there, and build their skills, have no such protection. Jobs vanish, skills are suddenly irrelevant, and home values plummet.

They’re stuck with the mess.

Bankruptcy was designed so people could start over. But these days, the only ones starting over are big corporations, wealthy moguls, and Wall Street. (more…) Yesterday, in a coordinated effort, many of the #Occupy movements were “closed down.” From California to New York, police moved in and cleared out encampments. Now, I think it is critically important for us to review what the #Occupy Wall Street movement is all about. To me, this movement is about Us. Our democracy has stopped working for Us. Over the last 30-40 years the scales have been tipped in favor of the rich and corporations. Politicians have stopped listening to Us. Instead, they listen to corporate lobbyists and the very rich.

If you don’t believe this and you don’t believe that the system has been unfairly rigged, all you have to do is look at the financial meltdown. Whether you understand or believe the cause of the financial meltdown is not important. Basically, our financial system was on the brink of collapse. Every single firm on Wall Street was in jeopardy of going under. The ripple effect from the massive uncertainty and huge losses was felt all over the country. Millions of Americans lost their jobs. Hundreds of thousands lost their homes. Now, the smoke has cleared. Wall Street is raking in record profits. Corporations that were on the brink of bankruptcy are now sitting pretty. The American people, on the other hand, continue to struggle. The unemployment rate remains unacceptably high. Wages are stagnant. Congress is arguing over cutting the meager benefits, which are keeping millions of Americans out of poverty.

Here is yet another reason for universal healthcare.

One of the highlights of the hearing was when Sen. Al Franken (D-MN) questioned Hudson Institute Senior Fellow Diana Furchtgott-Roth about medical bankruptcies. Franken asked Furchtgott-Roth — who claimed that moving towards a European-style system of universal health care would increase bankruptcies — about how many medical bankruptcies there were in countries that have universal health care, like Switzerland and France. Furchtgott-Rott repeatedly told Franken that she didn’t “have that number,” and Franken informed her that the number was actually zero:

FRANKEN: I think we disagree on whether health care reform, the health care reform that we’re talking about in Congress now should pass. You should that the way we’re going will increase bankruptcies. I want to ask you, how many medical bankruptcies because of medical crises were there last year in Switzerland?

FURCHTGOTT-ROTT: I don’t have that number in front of me, but I can find out and get back to you.

FRANKEN: I can tell you how many it was. It’s zero. Do you know how many medical bankruptcies there were last year in France?

FURCHTGOTT-ROTT: I don’t have that number, but I can get back to you if I like.

FRANKEN: Yeah, the number is zero. Do you know how many were in Germany?

FURCHTGOTT-ROTT: From the trend of your questions, I’m assuming the number is zero. But I don’t know the precise number and would have to get back to you.

FRANKEN: Well, you’re very good. Very fast. The point is, I think we need to go in that direction, not the opposite direction. Thank you.

I think what everyone forgets is that Al Franken graduated from Harvard. He didn’t get there because his parents had money. He didn’t get in to Harvard because he was some sort of legacy appointment. He got into Harvard because he was smart enough to get into Harvard. Yes, he did comedy for most of his life but if you take the time to read through his books and listen to his radio show, you’ll find a keen intellect. The Senate isn’t gonna be the same with Al Franken there. Thank goodness for that.

By ecthompsonmd|2009-10-21T12:12:31-04:00October 21st, 2009|Healthcare|Comments Off on Franken reminds panel that there are zero medical bankruptcies under universal healthcare
Read More
12Next