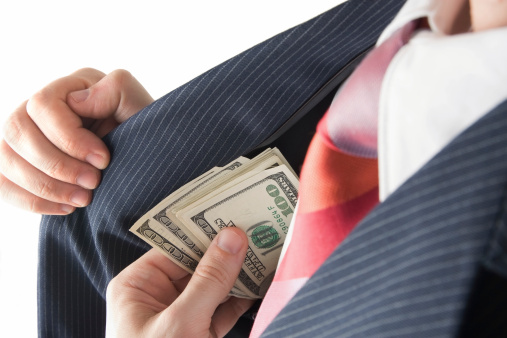 Banking fraud seems to be no big deal. It truly bothers me that fraud is only prosecuted in this country if you’re unable to hire high-priced lawyers. As a matter fact, as we learned from the O.J. Simpson trial, you can get away with murder if you can hire enough lawyers to confound and confuse the jury. (“If the glove don’t fit, you must acquit.”) Now, it appears that the London-based financial giant Barclays has been manipulating the LIBOR interest rates. At the very least, this criminal activity has probably cost investors millions, if not billions, of dollars. At most, Barclays has caused the American people, you and me, to pay higher interest rates for credit cards, car loans and home mortgages. Who has gone to jail for these crimes? No one. The CEO has resigned, but with golden parachutes. How is this a bad thing for Mr. Robert Diamond? Why aren’t the House and Senate investigating this?

The Housing market crash of 2007/2008 was the result of fraud; huge, wide-spread fraud. Yet, almost no one went to jail. Mortgage originators committed fraud by falsifying documents. These mortgages were then sliced and diced into mortgage securities, which were sold to investors as safe investment tools. This was a lie. This was fraud. Rating agencies used fancy math to justify giving AAA ratings to crappy mortgages. This was also fraud. Hundreds, if not thousands, of people participated in what turned out to be the world’s largest Ponzi scheme. All of the large investment houses (including Lehman Brothers, Merrill Lynch and Bear Stearns) played a part in this systemic fraud. Why CEOs and CFOs of many of these major banking behemoths didn’t go to jail is beyond me.

The Commodity Futures Trading Commission nailed the detailed mechanics of this deception in plain English in its “Order Instituting Proceedings” (which is also a settlement and series of admissions by Barclays). Most of the compelling quotes from traders involved this scandal come from the Order, but too few commentators seem to have read the full document. Please look at it now, if you have not done so already. END_OF_DOCUMENT_TOKEN_TO_BE_REPLACED