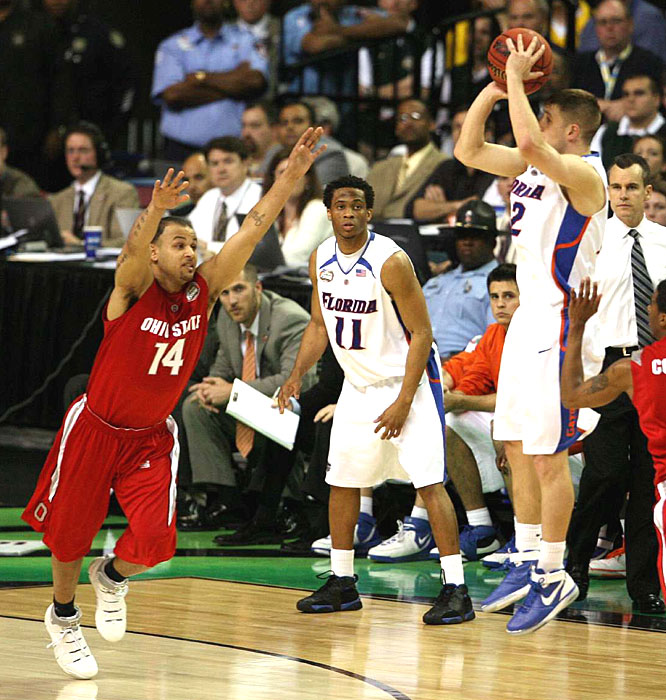 I used to watch the NCAA basketball all of the time.  In college, a few buddies would grab a few beers and we would watch.  That was back when it was simply the NCAA tournament.  There was no March madness.  Well, all of that has changed.  Now there is madness.  There are office pools like 95% of the folks in the office have seen more than 3 or 4 of the teams.

In spite of my cynical attitude, I tip my hat to Florida.   Doing anything back to back is very difficult these days. The media attention alone is enough to cause athletes to freeze up.  Basketball is a sport that has really taken off since the mid-70’s.  Now, there are tons of great players.  Small schools like Gonza or George Mason can compete.

Now, can the Mavs avoid collapsing like they did last year?  Can Dirk carry them to the finals?  Will the Suns or the Spurs rise up?