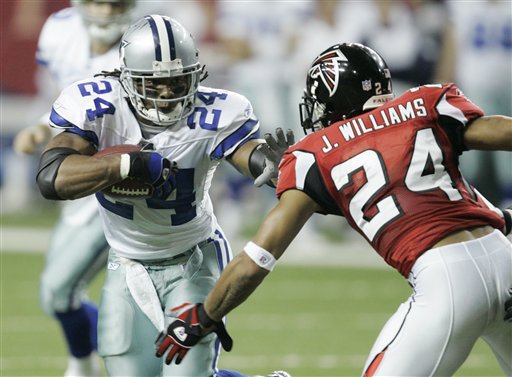 Michael Vick was hot after a slow start.  Tony Romo had bounced back from being roasted by the New Orleans Saints.  It was a great offensive battle.  I guess the operative word was offensive.  The Dallas Cowboys are suppose to have defense.  Over the last several years while our offensive was trying to find its way the defense was solid.  Well, the Dallas Cowboy’s defense was about as solid as quicksand Saturday night.  The difference in the game was just a couple of plays late in the 3rd and early in the 4th quarter.  The Dallas defense made a few plays and stopped Atlanta.  The Falcons didn’t really ever stopped the Cowboys.  That was the difference.

If the Cowboys are going get past the Eagles next week, they have to fix their pass defense.  It is that simple.