Olbermann is suspended and I have a few questions

Here’s what I don’t understand. Is there a policy at MSNBC or not? If there is, then is it being applied to everyone or only to Keith Olbermann?

From Josh Marshall at TPM:

I find the Keith Olbermann story bizarre, on both sides but mainly on MSNBC’s. First, political contribution records are the most public thing in the world for anyone who is even somewhat in the public eye, certainly for someone who courts controversy. So political giving strikes me as something done entirely in the open for someone of Olbermann’s stature. On the one hand that sounds like MSNBC is flipping out about something that must have been all but an open secret. On the other, if this is MSNBC’s policy, why was Olbermann openly flouting it?

Second, MSNBC’s policy forbids employees from making donations to political candidates, unless they ask for permission to do so, in which it seems usually to be granted. That seems to me to undercut the principle behind the policy.

But of course all of this pales behind the larger point which is that Olbermann’s job at MSNBC is to be an extremely opinionated commentator on politics. And he’s the centerpiece (along with Maddow and more equivocally, Matthews) behind the business strategy of making MSNBC the liberal cable news/chat network. (How they square that with simultaneously having a more traditional and by the books NBC News is something they clearly have yet to work out.) But when you take that all into account, seeing him now all but canned over a handful of individual political contributions because he’s compromised the objectivity he’s supposed to bring to the job sounds like a bit of a joke.

Greg Mitchell comments on the media for The Nation. Here’s what he has had to say:

Just hours after Politico dug up the fact that MSNBC host Keith Olbermann, a few days ago, had donated to three Democrats running for office, the cable news network suspended the newsman / commentator without pay indefinitely.  Olbermann has not yet responded and it is unclear when, or if, he will return.

A little later, Rachel Maddow tackled the episode, saying that she understands the NBC rules about asking permission before making a donation–as MSNBC’s Joe Scarborough apparently did at least once.  But she insisted that the “point” had been made and “we need Keith back.” She then profiled the multitude of Fox hosts donating to, fundraising for and outright endorsing Republicans.  “We are not a political operation,” she said. “Fox is. We are a news operation. And the rules around here are part of how you know that.”  Here’s a transcript.

Liberal bloggers were quick to point out that  Scarborough, once and current MSNBC host, donated $4200 to a House candidate in 2006.   Records also show that Scarborough made a $5000 contribution to a candidate earlier this year.  He claims the records are wrong — the donation was from his wife.

It recently came to light that Fox’s Sean Hannity, and his wife, each gave $5000 to Michele Bachmann.  Neil Cavuto has also donated to candidates.

Greg Sargent at the Washington Post raises the question: Did Olbermann even violate the network’s policy?   Activists are already circulating petitions — more than 100,000 signed by the end of the evening —  and jamming NBC phone lines. 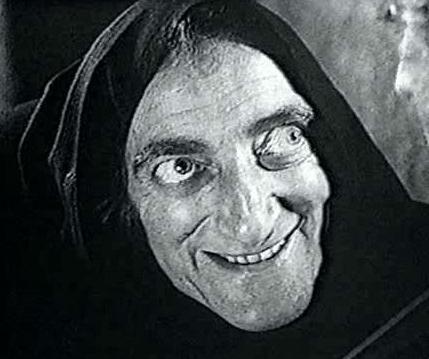 I have been arguing for months that economic stimulus is doing exactly what it was supposed to do. It stopped a Depression. Yet, for reasons that are unclear, nobody seems to be interested. It is like this recovery was a foregone conclusion. I can tell you that if John McCain were president the unemployment rate would be sitting around 15% as he would have cut taxes and done little or nothing to stimulate the economy.

This is a great article from NYT:

Imagine if, one year ago, Congress had passed a stimulus bill that really worked.

Let’s say this bill had started spending money within a matter of weeks and had rapidly helped the economy. Let’s also imagine it was large enough to have had a huge impact on jobs — employing something like two million people who would otherwise be unemployed right now.

If that had happened, what would the economy look like today?

Just look at the outside evaluations of the stimulus. Perhaps the best-known economic research firms are IHS Global Insight, Macroeconomic Advisers and Moody’s Economy.com. They all estimate that the bill has added 1.6 million to 1.8 million jobs so far and that its ultimate impact will be roughly 2.5 million jobs. The Congressional Budget Office, an independent agency, considers these estimates to be conservative.

Yet I’m guessing you don’t think of the stimulus bill as a big success. You’ve read columns (by me, for example) complaining that it should have spent money more quickly. Or you’ve heard about the phantom ZIP code scandal: the fact that a government Web site mistakenly reported money being spent in nonexistent ZIP codes.

And many of the criticisms are valid. The program has had its flaws. But the attention they have received is wildly disproportionate to their importance. To hark back to another big government program, it’s almost as if the lasting image of the lunar space program was Apollo 6, an unmanned 1968 mission that had engine problems, and not Apollo 11, the moon landing. (more…)

Keith has more (BTW, I will be back to Foreign Policy Week tomorrow. I’m going to try to discuss Afghanistan and why Obama was right to increase the troop strength.):