You can tell me that you are an agent of God. Okay, I will believe you, but I will also watch your actions. If you are killing children in the name of God, you are confused. The Taliban in Pakistan stormed a military school and killed over a hundred people in the name of God. They are sad and misguided.

A federal judge speaks out against mandatory sentences.

The Russian economy is imploding (more from Krugman):

It’s impressive just how quickly and convincingly the wheels have been coming off the Russian economy. Obviously the plunge in oil prices is the big driver, but the ruble has actually fallen more than Brent — oil is down 40 percent since the start of the year, but the ruble is down by half.

What’s going on? Well, it turns out that Putin managed to get himself into a confrontation with the West over Ukraine just as the bottom dropped out of his country’s main export, so that a financing shock was added to the terms of trade shock. But it’s also true that drastic effects of terms of trade shocks are a fairly common phenomenon in developing countries where the private sector has substantial foreign-currency debt: the initial effect of a drop in export prices is a fall in the currency, this creates balance sheet problems for private debtors whose debts suddenly grow in domestic value, this further weakens the economy and undermines confidence, and so on.

The central bank may (or may not, as seems to be true in Russia right now) be able to limit the currency plunge by raising interest rates (now above 13 percent on Russian 10-years), but only at the cost of deepening the recession. Eichengreen et al (pdf), in a good discussion of all this in the Latin American context, give the example of Chile, which was hit very hard by falling copper prices at the end of the 1990s despite a much more favorable institutional setup than Russia right now — and, of course, without having de facto invaded a neighboring country.

END_OF_DOCUMENT_TOKEN_TO_BE_REPLACED

I’m sorry, but I just don’t understand how Ariel Castro was not on suicide watch. It simply doesn’t make sense. He was just sentenced to something like 1000 years in jail. Anyway, like the coward that he really was, he committed suicide last night. I simply feel sorry for his victims.

And when Sen. Ted Cruz (R-Texas) makes an ad about health care, you can guess what happens next: he makes claims that aren’t even remotely true. END_OF_DOCUMENT_TOKEN_TO_BE_REPLACED

A few years ago, I wrote this post on North Korea. I was trying to understand what was going on in North Korea and how our response was causing a negative or positive feedback. Because North Korea has strategically jumped back into the limelight, I thought was worth reviewing what I knew or at least what I thought I knew about North Korea. It looks like I hit the nail on the head. 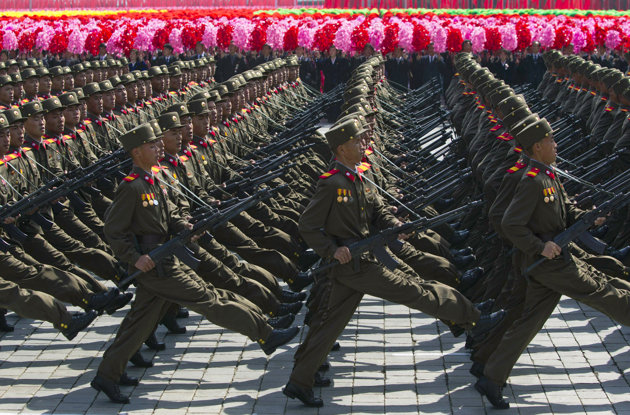 I highly recommend that you read yesterday’s post on North Korea. I looked at North Korea’s history of nuclear interest dating back to late 1950s and early 1960s.

To use a football metaphor, I’m not going to tell you that the Clinton administration had taken a football (North Korea’s nuclear issues) down to the two-yard line and all the Bush administration had to do was to carry the ball over the goal line. President George Bush, Vice President Cheney and Secretary Colin Powell needed to do much more than that. In retrospect, Bush was ill-prepared for North Korea. I have no idea how much he was briefed. I have no idea if alternative viewpoints (outside of the neoconservative line of thinking) were presented to the president. (Here’s a North Korean timeline.)

In my opinion, foreign policy is like three-dimensional chess. There are lots of moving pieces. You need to be very smart and very prepared in order to anticipate your opponent’s move. In foreign policy you are playing multiple opponents at the same time.

As far as I know, there were no high-level discussions about how to approach the North Koreans when President Bush announced to the South Korean president that he was unclear if North Korea was holding up their end of the bargain (the Agreed Framework). He basically stated that North Koreans were liars and cheats and could not be trusted. “We’re not certain as to whether or not they’re keeping all the terms of all agreements.” (NYT) While such a provocative statement would not get a second look in downtown Baltimore, in the world of diplomacy it was a slap in the face. The big question is, if the United States were to break off discussions with North Korea, which was a basic tenet of the “Agreed Framework,” then what? What leverage did we have against a country that is already isolated? Was it possible that we could squeeze China or Russia in order to use their leverage against North Korea? None of this had been discussed prior to Bush’s statement. At least, not to the best of my knowledge. This all happened in early March of 2001. By September of 2001, we were focused on Afghanistan and some in the Bush administration had already begun to focus on Iraq. END_OF_DOCUMENT_TOKEN_TO_BE_REPLACED