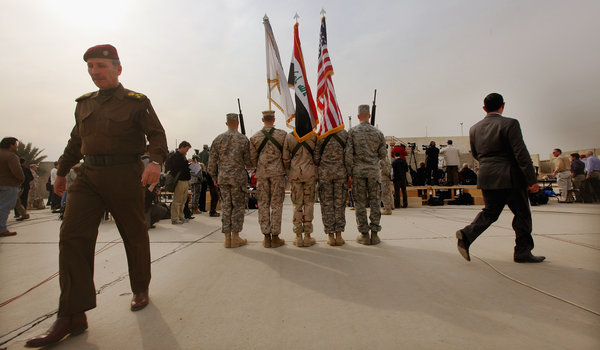 Working really, really hard in America under mediocre conditions is common. I just think that Americans should be treated better.

This presidential race is still close. It is very important for us to continue to work hard if we truly want progressive change in this country.

What if Israel bombed Iran?

I really don’t know why Romney has continually messed up. This is a guy who has wanted to be president for 20 years. He has put himself in position. He has talked to tons of people about the mechanics about how to win votes and run for president. Yet, I don’t understand simple decisions that the Romney campaign makes. If you aren’t going to release all of your taxes, then why do you continually bring it up? Why did he release some half tax return which will do nothing but stir up with waters?

Iraq has been a problem. It continues to be a problem.

NFL week 3 is here. The best game of the week may be the Ravens versus the Patriots. Falcons versus the Chargers will also be fun to watch.

The Fed Ex Championship at East Lake in Atlanta is golf at its best. Justin Rose and Brent Snedeker are tied for the lead. The course will be dry. The greens will be super fast. $10 million at stake!

IPhone could be good for the economy.

Has Obama been cleaning up the economic mess? Yes, he has.

Unemployment has dropped to 8.1% and the labor market added 96,000 jobs. The public sector is still holding the economy back by laying folks off.

Counter-terrorism: “An airstrike by an American drone missile has killed Saeed al-Shihiri, the second in command of al-Qaida in the Arabian Peninsula (AQAP) and five others in Yemen, U.S. officials confirmed on Monday.”

New evidence for deniers to deny: “The first eight months of 2012 have been the warmest of any year on record in the contiguous United States, and this has been the third-hottest summer since record-keeping began in 1895, the U.S. National Climate Data Center said on Monday.”

Gitmo death: “Naval investigators are looking into the death of a detainee at the Guantanamo Bay base where prisoners from the war on terrorism are held.”

“Obamacare” is working: “The share of young adults without health insurance fell by one-sixth in 2011 from the previous year, the largest annual decline for any age group since the Centers for Disease Control and Prevention began collecting the data in 1997.”

So, Rick hit Fox and Friends, where he found a wonderful group of happy folks to help cheerlead his crazy notion that somehow, from the comfort of his office in Washington DC, he could find weapons of mass destruction when hundreds of Americans were searching the Iraqi countryside for more than two years and couldn’t find any. That’s the kind of genius we see from Rick Santorum. (See my earlier post for background information)

To recap, Senator Rick Santorum in June 2006 found a document from the 1990s which had been declassified. Rick Santorum and Representative Pete Hosta decided that they really had something. This was information that the Bush administration had had for years, yet Santorum felt he’d seen something that nobody else had. He knew where the weapons of mass destruction were. The insanity of this whole charade sheds light on Rick Santorum and his mental processes. Had there been one shred of evidence that the United States had found weapons of mass destruction in Iraq, Vice President Cheney would have been on the Sunday talk shows. The vice president’s office would’ve leaked early copies of the information to the New York Times and the Washington Post. Judy Miller, the New York Times reporter who is an expert on chemical and biological weapons would have had multiple sources within the Bush administration. She would’ve had a full page write-up long before Rick Santorum had found this obscure document. Books like Thomas Ricks’ Fiasco and David Corn’s Hubris, document the enormous pressure that the White House, and specifically Vice President Cheney, placed on the CIA and military units on the ground to find these weapons of mass destruction. Cheney was piling through raw intelligence documents and calling David Kay with coordinates and buildings to search.

The craziness of taking an old and arcane document and calling a press conference based on the information in this document reveals a phenomenal lack of judgment and an enormous amount of ego. As Rick Santorum surges in the Republican polls, it is important that even conservative Republicans know this information.