House ethics investigation? What a joke.

Home » House ethics investigation? What a joke.
Previous Next

House ethics investigation? What a joke. 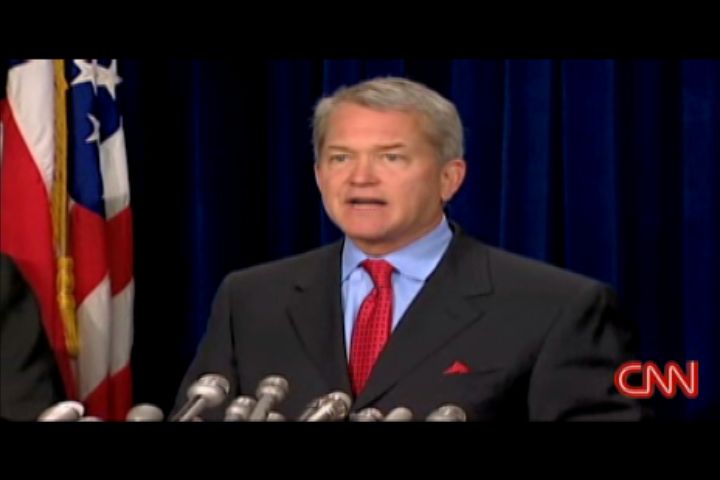 Sorry, my bad. Jokes are funny. This was just pathetic.

The House Ethics Committee released its report today, and spent 91 pages (and who knows how many dollars and hours) parsing towards its conclusion that nobody broke any rules and that nobody should be punished, sanctioned, or even publicly singled out for reprimand.

They did confirm that then-House Majority Leader John Boehner (R-OH) and RCCC Chairman Tom Reynolds (R-NY) were each aware of the problem long before it came to the surface and that then-Speaker of the House Dennis Hastert (R-IL) was also aware, if not to the same degree.

But they didn’t break any rules.

Because apparently, we need there to be a rule, one that says that if one of your colleagues is a sexual predator, making inappropriate advances upon minors, then you need to take action to stop him from doing that.

They confirm that John Shimkus (R-IL), the chair of the House Page Committee, was aware of the problem and that he didn’t tell Dale Kildee (D-MI), the only Democrat on the three-person board about the instant messaging because “Dale’s a nice guy, but he’s a Democrat, and I was afraid it would be blown out of proportion.” And to ensure that it was swept under the carpet instead, he didn’t even tell his fellow Republican on the board, Shelly Moore Capito, of West Virginia.

But he didn’t break any rules.

They wring their hands about the fact that they have no jurisdiction over Mark Foley, because he is no longer a member of the House. But they have no problems, apparently, with the fact that he will continue to receive his pension. Because currently, you get to keep your pension unless you are convicted of crimes related to treason or espionage. Mightn’t this have been a good opportunity to throw in with the people who are advocating for the revocation of pensions of any Congress members who are convicted of felonies either during or after Congressional service?

Hey, that would be a good rule.

And retired Representative Jim Kolbe (R-AZ), who also seems to have known about this long before the public? Well maybe his statement to a former page of his who had also received “special attention” from Foley sums up the whole attitude of this investigation best. When the scandal was unfolding, Kolbe’s former page contacted him to ask him what he should do about the fact that he, too, had received an inappropriate IM from Foley back in 2001. Kolbe told him that, “it is best that you don’t even bring this up with anybody….(T)here is no good that can come from it if you actually talk about this. The man has resigned anyway.”

And then to foist upon us the following “justification” for the whole lack of investigation thing: “Some may have been concerned that raising the issue too aggressively might have risked exposing Rep. Foley’s homosexuality, which could have affected him both personally and politically.” Yup, the number one possible factor listed by the Investigation Subcommittee was that the GOP was too gay-friendly. Never mind the fact that nobody being investigated had actually had the balls to try to use that excuse for themselves. Never mind the fact that this had nothing to do with homosexuality and everything to do with pedophilia. Could we dismiss a lack of investigation into a hypothetical murder committed by a Congressman by saying that we would be afraid that exposing him as, well, a murderer, might affect him “both personally and politically”?

Excuse me while I puke.