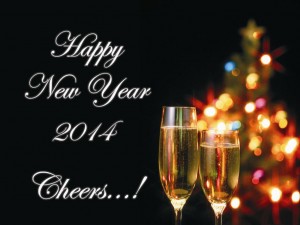 Jahi McMath. Sigh. It has been eight years since we have had an opportunity, as a nation, to discuss death and dying. Terri Schiavo provided us the last opportunity. We fumbled the ball and never got into the discussion. Now, we have Jahi McMath. First, let’s understand that this is a tragedy of epic proportions. A 14-year-old, previously healthy teenager should not go into the hospital for a routine operation and end up brain-dead. This should never happen. Secondly, in the United States since the late 1950s brain death has equaled death. Brain death is an irreversible condition. In the condition of brain death, the patient has lost all measurable brain function. This means that not only is there no evidence of higher brain function like thought and following commands, but neither is there evidence of lower brain function, which would include pupillary response, spontaneous breathing and other brain reflexes. There is no hope, with current medical technology, to reverse this syndrome. Because Jahi McMath was previously healthy and also extremely young, her heart is able to pump blood through her body without the assistance of her brain. The heart is on autopilot. Unfortunately, this is the state that in which she has been since December 12. Currently, the family is looking for facilities that will “take care of” their daughter. To what end? The harsh reality is that their daughter is gone. Unless we, the medical community, can come up with some way to regenerate dead brain cells or to transplant a brain, their daughter is not coming back. This is an extremely sad case. I hope and pray that the family and parents of Jahi McMath find peace and understanding. I’ll have more to say on this later.

California is in the midst of a terrible drought. The role of government is to protect its people. In my opinion, part of this protection has to include protecting its people against extreme conditions. It should be clear to everyone by now that rationing water is not going to fix this problem. California is currently in the midst of the third year of terrible drought conditions. If drought conditions were going to last a couple months or maybe even a year, maybe conservation would be the answer. It should be clear at this point, though, that we need to figure out a way to get more water into California. The answer may be simple but it is also complex. Stealing water from states like Colorado seems to be shortsighted at best. California sits by a huge body of water – the Pacific Ocean. Removing the salt from the Pacific Ocean and making that water drinkable seems to be the only viable option. The option is expensive. There are all sorts of unknowns but unless we start using this technology we’ll continue to go through this cycle of drought, flood and more drought, again and again.

Robin Roberts has come out. Congratulations to this very strong woman who has been through some very tough times.

We need to extend unemployment benefits until there are jobs for these Americans. It would be different if there were three or four good jobs for every worker looking for a job, but that’s not the case.

Here are the 10 BEST laptops.

My wife bought me a Fitbit Force. It measures my activity level. It is kind of cool. PC Mag has looked at these activity trackers.

Finally, the New York Times has come out with a comprehensive, in-depth investigative report on the tragedy in Benghazi. Unlike the superficial story that was told on 60 Minutes, this seems to be extremely detailed. The report states, “Months of investigation by The New York Times, centered on extensive interviews with Libyans in Benghazi who had direct knowledge of the attack there and its context, turned up no evidence that Al Qaeda or other international terrorist groups had any role in the assault. The attack was led, instead, by fighters who had benefited directly from NATO’s extensive air power and logistics support during the uprising against Colonel Qaddafi. And contrary to claims by some members of Congress, it was fueled in large part by anger at an American-made video denigrating Islam.” I encourage you to read the report.