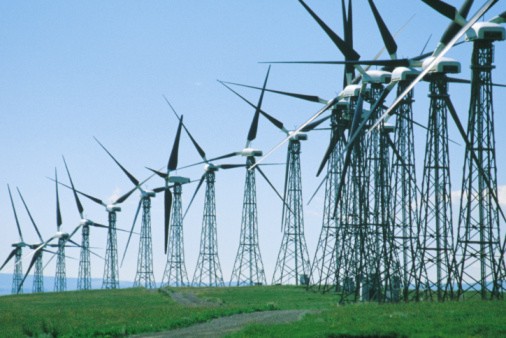 Amidst all the bad news coming out of Japan I thought this was a nice piece of good news.

Despite assertions by its detractors that wind energy would not survive an earthquake or tsunami the Japanese wind industry is still functioning and helping to keep the lights on during the Fuksuhima crisis.

Colleagues and I have been directly corresponding with Yoshinori Ueda leader of the International Committee of the Japan Wind Power Association & Japan Wind Energy Association, and according to Ueda there has been no wind facility damage reported by any association members, from either the earthquake or the tsunami. Even the Kamisu semi-offshore wind farm, located about 300km from the epicenter of the quake, survived. Its anti-earthquake “battle proof design” came through with flying colors.

Mr. Ueda confirms that most Japanese wind turbines are fully operational. Indeed, he says that electric companies have asked wind farm owners to step up operations as much as possible in order to make up for shortages in the eastern part of the country:

“Eurus Energy Japan says that 174.9MW with eight wind farms (64% of their total capacity with 11 wind farms in eastern part of Japan) are in operation now. The residual three wind farms (Kamaishi 42.9MW, Takinekoshirai 46MW, Satomi 10.02MW) are stopped due to the grid failure caused by the earthquake and Tsunami. Satomi is to re-start operations in a few days. Kamaishi is notorious for tsunami disaster, but this wind farm is safe because it is locate in the mountains about 900m high from sea level.” (more…)