The Godfather of Soul died today

Home » The Godfather of Soul died today
Previous Next

The Godfather of Soul died today 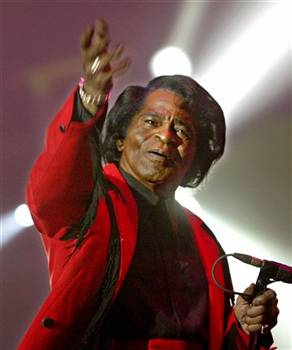 To me, the power of James Brown came on the night of Martin Luther King’s death. The Godfather of Soul was supposed to play in Boston. James Brown met with the mayor of Boston. He decided to go on an play knowing that many US cities were in flames already that day. James Brown’s performance was carried live throughout Boston. James came out and announced MLK’s death and appealed to the Black community for calm. He performed his show. It was seen citywide and Boston was calm that night.

The power of James Brown’s song, Say it Loud, I’m Black and I’m Proud can not be underestimated. This tune came out in 1968 when there were at least 2 major schools of thought in the black community. One following the non-violent movement left by Martin Luther King and the other following Malcolm X’s any means necessary. I’m Black and I’m Proud was a unifying song at a time when the Black community needed unification.

The following video is not close to the best tribute to a man that was so much a part of the Black experience in America. James Brown was a complex man who was undereducated but always asked Blacks to get all of the education that they could. He had trouble with the law on a number of occasions. In spite of these set backs and there were numerous setbacks, he always bounced back. (I’m going to continue to look for a better video.)

An excellent commentary can be found here.