Home » This Presidential Race Is Not over » Romney Discusses Jobs And The Economy At St. Louis Campaign Event
Previous 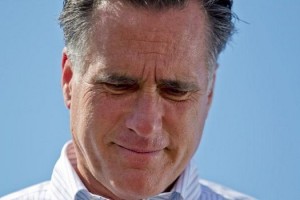 KIRKWOOD, MO – MARCH 13: Republican presidential candidate, former Massachusetts Gov. Mitt Romney speaks to supporters during a campaign stop at Kirkwood Park March 13, 2012 in Kirkwood, Missouri. As the race for delegates continues, voters in Alabama and Mississippi will cast their ballots in their primaries today. (Photo by Whitney Curtis/Getty Images)