So where does Dallas go from here

Home » So where does Dallas go from here
Previous Next

So where does Dallas go from here 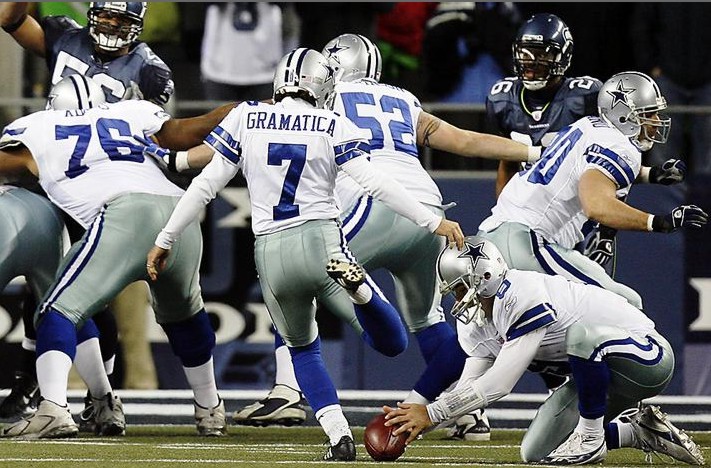 The Dallas Cowboys had the best season in a long time.  Well, that’s not really true.  They were 9 – 7 last year and they were 10 – 6 three years ago.  So what do we have over the last 4 years?  Bill Parcells proved that a good coach can made medrocre players play pretty well.  Over 4 years, we have searched for a quarterback. There was Quincy Carter who is now in jail if I’m not mistaken.  There was Vennie T who had peroids of brilliance.  There was Drew Bledsoe who had a few great games but also tended to hold the ball too long.  These 3 quarterbacks seem to have some of Tony Romo’s good traits and some of his bad habits.

Tony Romo had the most up and down season that I think I have ever seen.  The NFL is not about being a flash in the pan.  It is about consistent performance.  That is not Romo.  November he was about as good as there was in the NFL.  His mistakes during this peroid did not result in ints at this time.  Now, December was other story.  Everyone of Romo’s mistakes was turned into ints and fumbles.  So which Romo is the one of the future?

In my really worthless opinion, I beleive that the Cowboys need some on the field leadership.  Someone like Michael Irvin.  Someone who has fire and spirit.  Someone who pushes his teammates and makes them better.  They need a go to receiver.  They need someone who will get the job done even when everyone knows who is going to get the ball.

On the defense they need they same type of player.  Some one who will take over the game.  We need someone will stand up and make a play.  Roy Williams isn’t that guy.  He will disappear sometimes.  Demarcus Ware may be that guy.  The Cowboys need a free safety in a bad way.  The defensive line seems to be unable to put pressure on the quarterback without help.  We need an inside linebacker who can make plays.

If the Cowboys fix a couple of things they can go deep into the playoffs next year.  If Parcells leaves the longest playoff victory drought in Dallas Cowboy history will continue for several years.