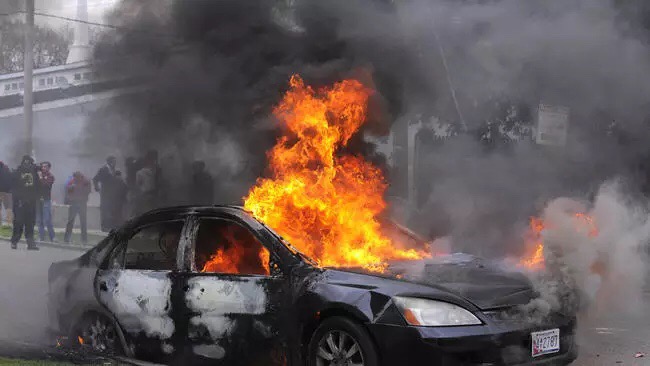 Martin Luther King, after studying Ghandi’s methods and teachings, decided that nonviolence was the way to make a statement and continue to keep the moral high ground. Today, the people of Baltimor; the poor people of Baltimore, the youth of Baltimore, have lost the moral high ground. They can talk about poverty. They can talk about police brutality. All America will see is pictures of burning cars and innocent store owners crying about their looted stores.

David Simon, the creator of The Wire, wrote this today –

But now — in this moment — the anger and the selfishness and the brutality of those claiming the right to violence in Freddie Gray’s name needs to cease. There was real power and potential in the peaceful protests that spoke in Mr. Gray’s name initially, and there was real unity at his homegoing today. But this, now, in the streets, is an affront to that man’s memory and a dimunition of the absolute moral lesson that underlies his unnecessary death.