So far so good

I don’t know what to tell you. As Trump works daily to save his presidency, we sit here and watch the drama unfold.

I’m in my house for the most part. I’m a trauma surgeon. I’m still in the hospital – some. I’m still taking trauma call. But with people mostly staying at home, trauma volumes are down. We aren’t seeing the number of motor vehicle crashes and motorcycle crashes that we normally do. We are seeing tons of ATV crashes. We are taking care of more stabbings and gunshot wounds.

I’m following the Coronavirus (Covid-19) just like everyone else. I’m reading. There are tons of stories but not a lot of data. I’m posting West Virginia Covid-19 maps on my other blog.

Finally, we need to be thoughtful about opening up the state or the country. It seems to me that we a comprehensive testing program. I really don’t want to sit on a crowded airplane with a guy sitting next to me, coughing up coronavirus. I don’t want to sit in a movie theater and hear the dude behind me cough. Sure, we have had coughing in public before but that we a cold. That was something that I have antibodies against. That’s something that my body knows how to fight off, at least at some level. My body knows nothing about Covid-19. Nothing. We need tons more testing. The testing needs to fast, easy and free!! We need quick turn around times on these tests. If I get tested in the morning, I need results that afternoon. That’s how we can safely open up the country. We also need public health officials to be able to track down those who are positive. If you test and test positive, you have to stay home until you are no longer infectious.

Be well. Be safe. WE can get thru this together.

Don’t Look At this Healthcare, Let’s Talk about Race

By now, everyone has heard President Trump’s statement about the NFL and Steph Curry, the NBA superstar. I’m not going to rehash what Trump said. Or what others have said to Trump.

Have you seen the movie, Now You See Me? It is about a group of magicians who suck millions of dollars out of Michael Caine’s bank account and all the while keep one step ahead of him and the authorities. There is a line in the movie that asks if you know the role of the assistant to the magician. Well, it is to distract the audience while the magician is doing the important stuff.

I would ask you to not focus on Trump and his statements. I would suggest that our president is trying to distract us from something else. Maybe the slow moving, always present Russian investigation? Although this investigation is making some news, I don’t think that there is anything really explosive that has come out over the last 48 hours. What about this new ObamaCare killing bill? As more and more information comes out about this piece of garbage it looks worse than the Ryan House bill or the previous versions floated in the Senate. Outrage was beginning to build over this GC (Graham Cassidy, what did you think GC stood for???) bill but now Trump has asked us to argue over race and its role in America.

I don’t know about you but I think that we need save ObamaCare more than we need to talk about race.

I am not sure how to explain a man working all his life to be successful and then, on a whim, flushing it all down the toilet. That is exactly what Ryan Lochte did. Lochte lied to authorities in Rio. He has been formally charged with filing a false robbery report. This is a man who performed brilliantly in the Olympic pool. He was a set up to collect at least tens of thousands of dollars in sponsorships. He has lost almost all of that. Sometimes, it is extremely hard to explain human behavior.

Man, it is hot and I hope that you like hot, because the long-term outlook is for more heat!! 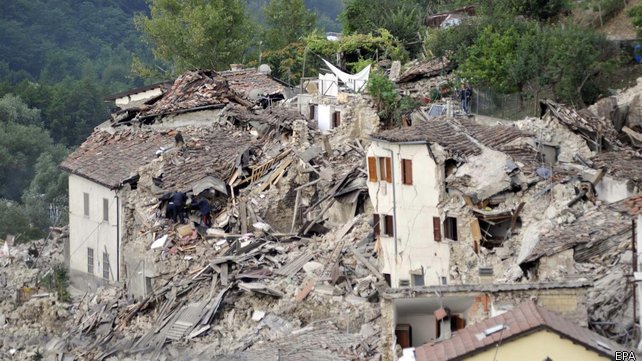 This is just terrible. From WaPo – In this 12th-century town, as many as 70 percent of the homes were vacant in the off-season. There were fewer people on the streets. Numerous teenagers had left for good. And that was before the earthquake. As the search through the ­debris continued and hopes dimmed that rescuers would find more survivors, cities and towns hit hard by Wednesday’s devastating temblor in central Italy began to process the full extent of the disaster. Churches fell. Piazzas were ruined. Neighborhoods were leveled. The body count was at least 250 and set to grow. But in many of those towns, already fighting a long battle against depopulation, a deeper anxiety began to spread.

Yuck!!  EpiPen monopoly – A two-pack of the injectors, which release epinephrine to stop an allergic reaction, has risen from less than $100 in 2007 to $608 today. Mylan said the company never intended for patients to pay the full price, expecting insurers would carry the load. “We recognize the significant burden on patients from continued, rising insurance premiums and being forced increasingly to pay the full list price for medicines at the pharmacy counter,” chief executive Heather Bresch said in a statement. (Oh, and here’s the good part.) The debate is the latest to embroil Congress in the battle over increasing drug costs and their role in escalating health insurance premiums. EpiPen’s rising price is particularly notable because state and federal legislation have been key to the drug’s rapid growth. Annual prescriptions for EpiPen products have more than doubled in the past decade to $3.6 million, according to IMS Health data. Mylan benefited from factors including failed competitors, patent protections and laws requiring allergy medications in schools. Having a virtual monopoly has facilitated the rapid price hike. Mylan reached $1 billion in sales for the second time last year.