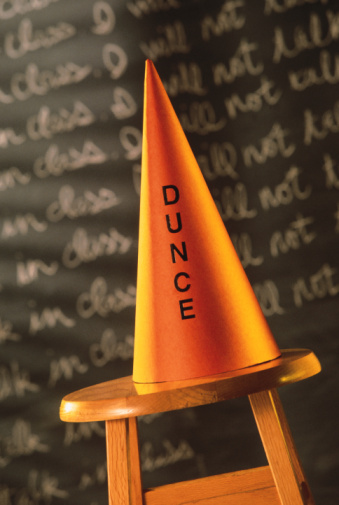 We all know that former Senate candidate Todd Akin decided to go out on a limb and discuss something he knew little or nothing about when he discussed female ovulation and “legitimate rape.” His fellow Republican Richard Mourdock from Indiana had similar comments. They both lost their Senate races. Now, for some reason, Representative Phil Gingrey, Republican from Georgia who was also a physician (OB/GYN), has decided to throw his “knowledge” into the ring. The Marietta Daily Journal reported:

In Missouri, Todd Akin … was asked by a local news source about rape and he said, “Look, in a legitimate rape situation” — what he meant by legitimate rape was just look, someone can say I was raped: a scared-to-death 15-year-old that becomes impregnated by her boyfriend and then has to tell her parents, that’s pretty tough and might on some occasion say, “Hey, I was raped.” That’s what he meant when he said legitimate rape versus non-legitimate rape. I don’t find anything so horrible about that. But then he went on and said that in a situation of rape, of a legitimate rape, a woman’s body has a way of shutting down so the pregnancy would not occur. He’s partly right on that. …

And I’ve delivered lots of babies, and I know about these things. It is true. We tell infertile couples all the time that are having trouble conceiving because of the woman not ovulating, “Just relax. Drink a glass of wine. And don’t be so tense and uptight because all that adrenaline can cause you not to ovulate.” So he was partially right wasn’t he? But the fact that a woman may have already ovulated 12 hours before she is raped, you’re not going to prevent a pregnancy there by a woman’s body shutting anything down because the horse has already left the barn, so to speak. And yet the media took that and tore it apart.

Well, this proves that ignorance about female fertilization is not limited to those outside of the medical profession. Look, I am not an OB/GYN, but I have delivered over 1000 babies. But delivering a baby does not necessarily mean that you know anything about the female reproductive cycle. One would hope that an OB/GYN, Republican or Democrat, liberal or conservative, would stay away from saying blatantly stupid things about medicine. As a doctor, I would hope that a fellow colleague, especially when microphones are stuck in his face, would stick to the facts. He would not venture into the mystical remedies that one would find on Dr. Kildare or Marcus Welby, M.D. This Is the year 2013. We actually do have data. There is no data (that I know of) to suggest that a woman having “a glass of wine” has any relationship to her ovulatory cycle. As a matter of fact, there’s actually data suggesting the exact opposite. Now, is it possible that a woman who is trying to get pregnant and is stressed out over the fact that she has not gotten pregnant could change her ovulatory cycle due to secondary distress? Sure. This situation is far different from rape. This situation is something that would have been going on for months, if not years, and is causing a lot of mental anxiety. This is completely different from a situation of rape. Rape is a situation that occurs over minutes to hours.

I think that it is time for Dr. Phil Gingrey to go back to the textbooks.