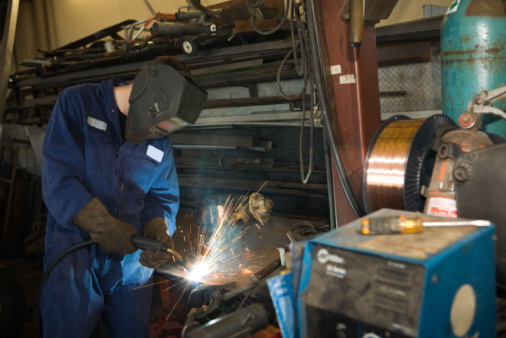 Several months ago I talked about the rapid rise and fall of a small hedge fund called Long-Term Capital Management (here, here and here). This fund did nothing but arbitrage trading. Arbitrage trading was just a small part of my financial education right after the fall of the stock market in 2007/2008. I learned about derivatives, mortgage-backed derivatives, credit default swaps, collateralized debt obligations and arbitrage trading. I never knew these types of vehicles existed. The simplest definition of arbitrage trading is taking advantage of price difference in different markets. As an example, suppose in New York one American dollar can be exchanged for 10 pesos (Mexican). In London, one American dollar can be exchanged for eight pesos. Therefore, the dollar would be stronger in New York, or worth more than it would be worth in London. So, if you had a large sum of money and a computer you could take advantage of this relatively small difference in price. Selling in one market and buying in the other. Sweet, ain’t it?

Labor arbitrage is no different. With the advances in shipping that occurred during the 1970s and 1980s, it became relatively cheap to move merchandise across oceans. Shipping containers can easily be loaded onto trucks or trains directly from the shipyard. The backbreaking labor of moving every single box on and off a ship is suddenly gone. This time-consuming task has disappeared. Plus, building factories in Mexico, China and Indonesia is probably far less expensive an endeavor.

For decades, the United States boasted the most well-educated labor force in the world. We had the most skilled workers. Computer technology has made many of these skills obsolete. Now, for some manufacturing jobs, you just need a couple of guys/gals sitting in front of a computer pushing buttons. These computers have replaced hundreds of workers. Therefore, this makes moving a factory overseas even easier. You don’t have to worry about training hundreds of thousands of of workers who don’t have the experience or the education. Instead, you need to train just a couple of people to push computer buttons.

Since the 1980s, free trade has been all the rage. Breaking down barriers. Decreasing or eliminating tariffs. The government has been more than happy to oblige. The government has created a regulatory atmosphere, in which shipping jobs overseas is not only made easy but you are actually penalized, with decreased profits, if you don’t do this. Off-shoring has now become a manufacturer’s paradise. Overseas, you have no labor laws, you have no EPA, no environmental regulations, no OSHA regulations It becomes a no-brainer. You can pay some dude in China a dollar a day versus paying an American factory worker $20-$45/hour. This is labor arbitrage.

Your thoughts? How do we fix this?