The NFL was somewhat of a downer yesterday. I don’t know what to think of the league. Besides my Dallas Cowboys laying a Texas size egg, Houston getting punched in the nose and the St. Louis Rams getting blown out of the building by the lowly Detroit Lions, I’m trying to turn my attention back to economics and politics. 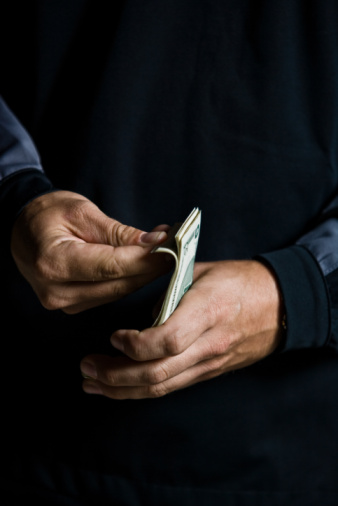 Professor N Gregory Mankiw is simply somebody we should know. He tells us he is somebody we should know. He’s a Harvard professor and was part of George W. Bush’s economic team. He published an op-ed in the New York Times on Saturday. He lets us know that he is in the upper tax bracket. He’s going to try to make the same tired argument that many on the Right have made about taxes on the rich. He lets us know that he doesn’t want to buy a bigger house or a Ferrari. He simply wants to put money aside for his children. Isn’t that nice?

Professor Mankiw goes into a nauseatingly detailed description of why he’s not going to work more if taxes are raised. Currently the top marginal tax rate is 35%. If we let the Bush tax cuts expire on the top 1% (Professor Mankiw’s tax bracket) the top marginal rate will go back to 39% as it was during the Clinton administration. The professor talks about a fictitious job which is going to pay him an extra $1000. He talks about this money over 30 years as if he’s not to make another dime. He then factors in the estate tax, something which conservatives simply hate, and magically his children will be able to take home only $1000 after 30 years.

So, this is the take-home lesson. If you’re extremely rich, you should not take on a job that’s going to pay you an extra thousand dollars because after 30 years you will only be able hand your kids $1000. Really? That’s his argument. Let me vomit. This is an excellent example of how to make an argument with smoke and mirrors. When you compound multiple different problems into one argument you end up with garbage. The estate tax is one argument. Increasing the top marginal tax rate is another. The bottom line is that he’s going to get paid a thousand dollars for not doing too much. This is good. Currently $350 would be taken out in federal income tax. The Obama administration would like to change that so that the federal government would take $390. That’s the argument. That’s the difference. What you do with that money over the next 30 years has nothing to do with this.

Finally, let’s inject a little reality into Professor Mankiw’s article. The fact that the good professor worked for the Bush administration means that he is on the inside of the conservative movement. Economic opportunities come to him that are not available to you and me. Therefore, he’s able to invest his $1000 in places that we probably cannot. He will know of some stock like Google or Facebook or Microsoft that is about to take off. He will be able to invest his thousand dollars and it will double or triple over a matter of weeks to months. He will then move this money to something less risky and pocket the capital gains. He will make similar moves over the next 30 years. So, his original $1000 will grown substantially and he will only have had to pay $350 at the end of the first year. Remember, conservatives would like to pay no capital gains tax. Therefore, his kids will be able to inherit the tens of thousands of dollars that he’s made off his initial $1000 investment. Conservatives would also like to have no estate tax. But now, I’m doing the same thing that he did, compounding my argument (pun intended).

So if we raise taxes, less of this kind of transparent bulls#@t with numbers will appear on the NYT op-ed page.

Moreover, if Mankiw stops writing these crappy op-eds, it’ll open up an opportunity for someone else to write op-eds for the NYT. That person, according to Mankiw’s logic, would have to be someone less wealthy than him (because Mankiw shows no sane rich person would write an NYT op-ed for only $523 of savings). And since that person is by definition not rich, she will probably spend more of the $1000 the NYT would pay her right away, rather than pass it on to her kids as Mankiw says he will do with his pay for writing this NYT op-ed.

I’ve seen no more compelling, succinct argument for why we should raise taxes. Not only will it result in more money flowing through the economy immediately, but it’ll save us from having to read the ramblings of rich people like Mankiw, David Broder, and Tom Friedman.

It is kind of funny. Many progressives noted the porous arguments of Professor Mankiw. Kevin Drum added:

Do you see the card he palmed? Basically, the effect of letting the Bush cuts expire is so tiny that the only way to make it noticeable is to compound it over 30 years, which reduces the eventual payout of his writing assignment from $2,000 to $1,700. (And even that’s probably overstated, since it assumes Mankiw pays all his taxes at their full statutory rate, which virtually no one does.) The rest of the reduction down to $1,000 comes solely from the estate tax. But even on the heroic assumption that you should take this year’s zero rate as the baseline for comparison, the estate tax has an exemption of several million dollars. Unless Mankiw leaves his kids a helluva lot more than they need for a down payment on a house, they won’t pay a dime of estate tax.

This is why the tax posse has such a habit of wildly overstating things. If they don’t, there’s no there there. It turns out that the effect of letting the Bush tax cuts on the rich expire is so minuscule that the only way to make it look sensational is to pick a scenario in which you (a) overstate effective tax rates, (b) compound those tax rates over 30 years, (c) slash the final number nearly in half by ignoring the estate tax exemption, and (d) use this year’s highly unusual zero rate as your baseline. It’s a virtuoso performance.