Gorsuch – No, Not Today 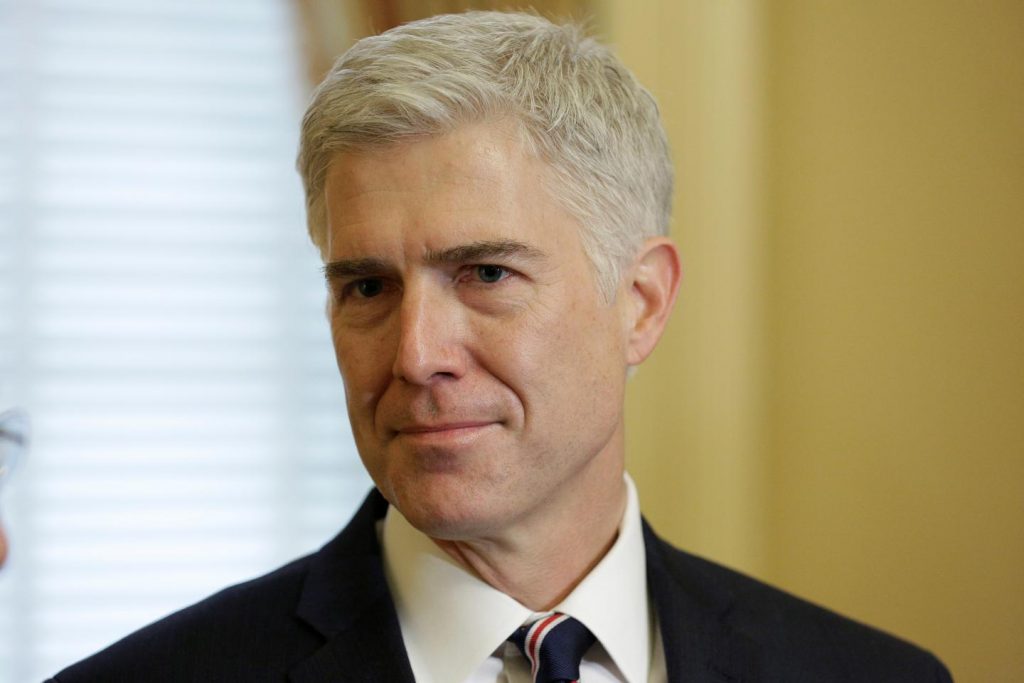 No. I am sorry. I cannot support Neil Gorsuch for the Supreme Court of the United States. It is not that he is unqualified. This guy is plenty qualified. He is the Peyton Manning of law. He has the pedigree. He has clerked for all the right people in all the right places. He went to the right schools – high school, college, law school, and postgraduate education. The point is not whether or not he is qualified. Neither is the point whether I agree with his ideology. I do not. Instead, we should be focusing on the fact that Neil Gorsuch is all about process.

President, let me underscore this, President Barack Obama nominated Merrick Garland to the Supreme Court. Mister Garland is eminently qualified to be a Supreme Court Justice. Yet, empowered by purely partisan politics, the GOP-led Senate decided to make up their own criteria about whom they are going to vet and whom they are not. This is all about the Democrats’ deciding that it is time to grow a backbone. Sometimes, you need to draw a line in the sand and say, “This is about principle.”

We can go into all the ins and outs behind why the Republicans were 100% wrong about not even granting a hearing to Merrick Garland. They were wrong. They knew that, were they actually hold hearings, Merrick Garland would come off as someone who was thoughtful, intelligent; and, God forbid, Supreme Court material. So they decided to obstruct and thwart Garland in every way. Now, if we allow Neil Gorsuch to move forward, we have rewarded the Republicans for obstructionism. This cannot happen.

Every now and then, you must stand up for what you believe. Do you believe in the Constitution? Do you believe that we are a land of laws? If so, you must admit that we have no choice but to force the Republicans, and Donald Trump, to nominate Merrick Garland, even if they decide to vote him down. He must go through the process. It is the right thing to do. It is the American way.

Senator Rand Paul, if you didn’t know it, is running for president. The last thing he needs is to stick his foot in a big vat of nastiness. There may not be enough time to get the smell off between now and the presidential election. Back in 1988, Senator Joe Biden was running for president. He got caught up in a plagiarism scandal that took him more than a decade to shake. He has never really been a serious presidential contender since (when he was running in 2008, he really was not running for president, but was auditioning for the vice presidential spot.) So, now we have Rand Paul. He is a self-proclaimed Libertarian, which is some sort of flavor of Republican-lite. Anyway, the Rachel Maddow Show found that Senator Paul basically took a whole section from Wikipedia and read it verbatim. Following that, BuzzFeed found a couple more incidences in which Senator Paul burrowed information from Wikipedia… and, here’s the important part… without citing the source. I don’t mind his borrowing sections from Wikipedia or from wherever, as long as he says, “I read this in Wikipedia the other day.” He can even use the obscure reference, “I remember reading the somewhere…” He does neither here. So, just like other conservatives before him, he is now blaming Rachel Maddow and stating that she has “an agenda.” It appears to me that Rand Paul has been caught with his hand in the cookie jar. END_OF_DOCUMENT_TOKEN_TO_BE_REPLACED

I’m traveling today. I have been busy, but I have also been a little depressed. I didn’t feel like posting anything. I was watching the events in Boston and then I was trying to figure out the Ricin thing. I mean, what the hell? Then a factory blows up and basically levels a whole town. Seriously? Oh, Texas has cut their government services (remember, business doesn’t need oversight) back so far that this plant hasn’t been inspected since 2006. Is that date correct? 2006? The Senate forgets its first responsibility, protect its citizens, and holds up sensible gun legislation.

The AP reports this afternoon that lab tests confirm the presence of ricin in the letters sent to President Obama and Sen. Roger Wicker (R-Miss.). The suspected mailer, Paul Kevin Curtis, was formally charged by federal officials today.

National Review, a conservative magazine, blasted Gabrielle Giffords’ New York Times op-ed as “childish” and “an embarrassment.” Take a look at the piece for yourself and see if you agree.

Oh, New York Post, maybe you should go enjoy a little quiet time for a while.

Keep a close eye on this: “Britain and France have informed the United Nations that there is credible evidence that Syria used chemical weapons on more than one occasion since December, according to senior diplomats and officials briefed on the accounts.”

Texas: “A former justice of the peace who had come under increasing suspicion in recent weeks was charged on Thursday with the revenge killings of the Kaufman County district attorney and a chief aide, who had successfully prosecuted the man for burglary and theft last year.”