The Fall of Dennis Hastert 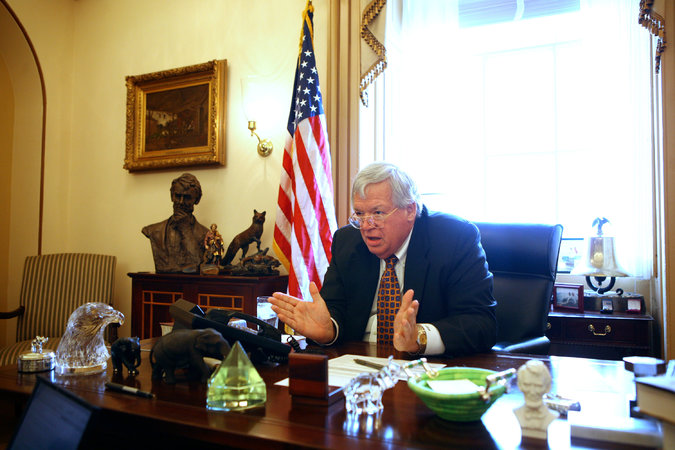 There was a time in the not so distance past when Dennis Hastert was just a few steps away from the presidency. Now, the former Speaker of the House is in a world of badness and hurt.

First, remember Congressman Mark Foley and Dennis Hastert? I covered the issue pretty well – here, here and here. Talking Points Memo has a nice summary – Ever since yesterday’s shocking revelations, it seemed like news like this would come out as the underlying bad act behind Denny Hastert’s public downfall. Because of that, the almost decade old Mark Foley scandal has rushed back into the minds of everyone who covered that story at the time. To review, if you weren’t around at the time, in September 2006, in the death throes of the old Republican majority, it emerged that Congressman Mark Foley had had sexual interactions with male members of the Congressional page program, i.e. high school age students. Foley was not out as a gay man, though I think it was widely known or at least assumed that he was gay.

It now appears that the former Congressman paid $3.5 million in hush money to have some of his old sexual misconduct swept under the rug.

Hastert was indicted Thursday on charges of structuring bank withdrawals to avoid federal reporting requirements and lying to the FBI about those withdrawals. The former speaker allegedly had withdrawn $1.7 million in cash out of $3.5 million he agreed to pay an unidentified individual in compensation for “prior misconduct” on Hastert’s part that had occurred years earlier.

I really will not be posting much on this story. This is a personal tragedy.

I’m  currently making my way to a trauma conference. I have internet access – sort of. Currently, I’m “enjoying” in-flight internet access which is kind of like getting access to the internet and kinda not. What makes the internet great is access to content – videos, original documents and the like. With this in-flight thing, I really can’t download big files and uploading smaller files to Dropbox has proven problematic. So, I’m not going to be able to get the work done that I had planned on doing. This means that I can (should be able to), I hope, post to my blog.

The House and Senate Republican budget plans are so deeply dishonest that they are laughable. Sure, Democrats have pushed “pie in the sky” budgets but anyone could look at the budget and understand the nuts and bolts of the budget. The GOP has decided that we need more mystery in our lives. So, this budget, like several before, doesn’t spell out where a lot of the budget cuts are coming from. One of the most laughable items in the budget has to do with repealing ObamaCare. It seems that Republicans not only want to kill ObamaCare, but they want to cut Medicare on top of that. All of the revenue generators that were added to ObamaCare in order to control costs would be cut, of course.

Come on. I’m happy to debate conservatives on supply-side economics. This is not debateable. This is a half-budget or maybe not even that much. Oh, this kind of craziness is new. This isn’t a “they all do it” kind of thing. If you take our democracy seriously then this can’t be tolerated. (Dear GOP, please complete this budget. Insert the magic numbers and tell us what you are planning on doing. If you can’t do that, can you simply admit that you hate the poor and most of the middle class and be done with it?) 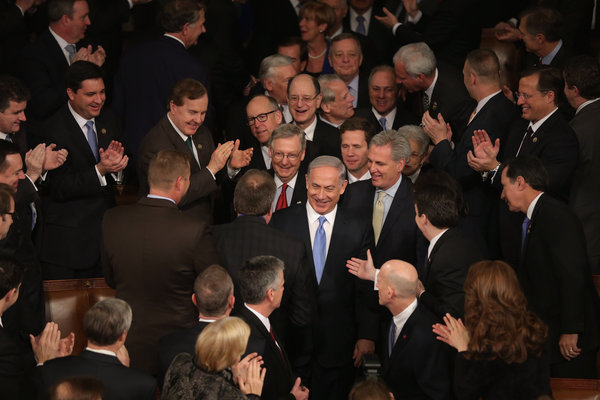 Just for second, let’s sit back and think about Benjamin Netanyahu, Prime Minister of Israel, coming to Washington to speak before a joint session of Congress. What was the point? Well, Republican Speaker of the House John Boehner invited him to speak. Again, to what purpose? To me, the purpose was obvious. It was to embarrass the president. It was to prove to the American public that Barack Obama does not understand Middle East politics. Even further, it was to prove to the American public that Barack Obama’s path towards a nuclear deal with Iran was dangerous. Let’s ignore the fact that Barack Obama has stated on a number of occasions that we must do everything in our power to prevent Iran from having a nuclear weapon.

So what did Prime Minister Netanyahu accomplish? In my mind, nothing. He did not embarrass the president. He did not put forth a plan that was more attractive than any other plan that has been suggested. As a matter fact, he said nothing new. It might be possible for you to construe his speech as a complete and total disaster.
END_OF_DOCUMENT_TOKEN_TO_BE_REPLACED