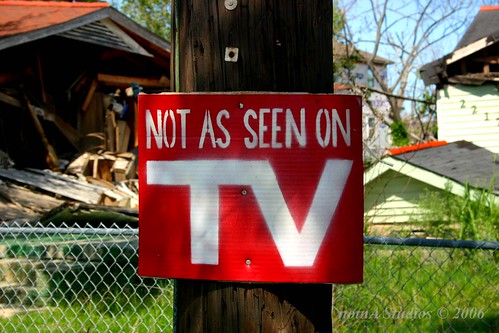 Tomorrow marks ten years since Hurricane Katrina’s landfall in New Orleans. The storm flattened entire communities, took the lives of 1,800 people, displaced more than one million others, and caused more than $100 billion in damages, making it the costliest national disaster in our nation’s history. Hurricane Katrina drew attention to the consequences of poverty, segregation, and police brutality, a decade before Black Lives Matter activists began fighting to protect and invest in black communities. (Editor’s note – Although Katrina was a Catergory 3 hurricane, the real damage to New Orleans came from the Levees failing. This should never be forgotten. Most if not all of the pain and severing that is associated with Katrina was man-made. )

The storm devastated the city of New Orleans, but the damage was not equally distributed. As a result of years of segregation and disinvestment, the city’s poor and African American communities were disproportionately harmed. Today, most of the city’s neighborhoods have restored 90 percent of their pre-storm populations, but in the Lower Ninth Ward, the city’s poorest neighborhood, only 37 percent of households have returned. The Lower Ninth Ward also suffered the most in the immediate aftermath of Katrina. For weeks after the storm, up to 12 feet of water remained stagnant, leaving many people stuck without power or water service. Under those dire circumstances African American residents were quickly labeled “looters,” and automatically seen as criminals.

The chaos after the storm led to police brutality not unlike the kind that sparked the Black Lives Matter movement. In the time immediately following the storm 11 people were shot by law enforcement officials. These incidents helped sparked a wave of activists speaking out about the relationship between police and African American communities. Indeed, there is a connection between today’s Black Lives Matter movement and the violence seen after Katrina, as Tracey Ross explains here.

Yesterday President Obama visited New Orleans to commemorate Katrina and celebrate how far the city has come. In his speech at a new community center in the Lower Ninth Ward he spoke of the city’s resilience in the face of the storm and the growing threat of extreme weather events. Across the country, as in New Orleans, African American and poorer communities are much more vulnerable to the impacts of climate change, including the risk of being permanently displaced from their homes.

And as climate change threatens to make severe storms more extreme, these communities are increasingly at risk. Because of its disproportionate impact on African American and poor communities, climate change has become a civil rights issue, but it is one that can be addressed with investment in at-risk communities. In this video, Sam Fulwood, Senior Fellow at the Center for American Progress, discusses the aftermath of the storm and what we’ve learned since.

BOTTOM LINE: Hurricane Katrina was the costliest storm in our nation’s history, but climate change threatens to make storms that severe the new norm. Without investing in our most vulnerable areas the same issues of poverty, segregation, and police brutality will continue to devastate communities across the country.