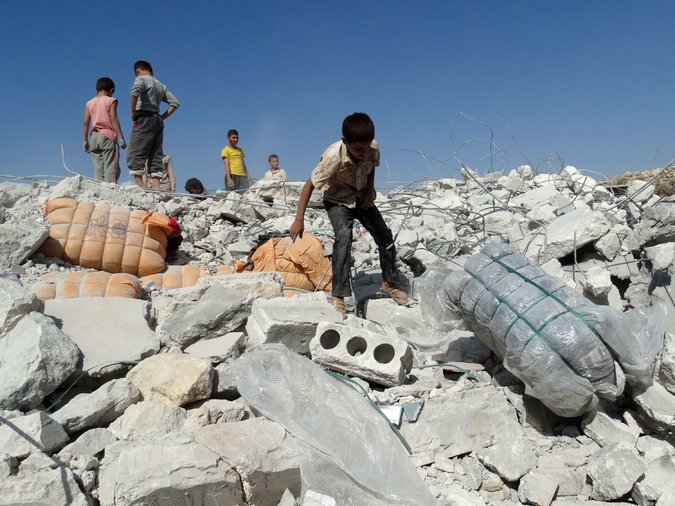 Scott Brown was known for decisive action when he was in the Senate. He’s now running for Senate, again, in New Hampshire. This time he understands the Islamic threat. He is not confused. He is serious, very serious (if he says so).

Last night the US struck targets in Syria. We have a coalition. At least that is what we are being told. I have no idea if this is true or not. Obama said, “The strength of this coalition makes it clear to the world that this is not America’s fight alone… Above all, the people and governments of the Middle East are rejecting ISIL (ISIS), and standing up for the peace and security that the people of the region and the world deserve.”

F-22 Raptor flew some of the bombing missions. This makes the first time that the F-22 has been flown in combat. I’m surprised. The F-22 has been around for awhile. I thought that it flew missions in Iraq and Afghanistan. I was wrong.

I understand the threat of ISIS / ISIL. I didn’t really understand… Well, to be honest, I had never heard of Khorasan. This is reportedly a militant group that was associated with Al Qaeda somehow. They were some type of growing threat and we took them or some portion of them out with missile strikes. From WSJ – U.S. officials have viewed Khorasan with growing alarm in recent weeks and some have said it would be irresponsible to strike in Syria and not take aim at an al Qaeda affiliate long considered to be dangerous to the U.S. and its allies. Islamic State militants are seen as primarily focused on taking and holding territory in Iraq and Syria, with attacks on the U.S. representing a secondary goal. It severed its ties with al Qaeda’s leadership in Pakistan.

I don’t really understand the deal surrounding the White House fence jumper. So, we were first told that this was some harmless knucklehead. Then we find out that Omar Gonzalez was stopped earlier this summer with rifles, 4 handguns and ammunition. Now we are told the Secret Service had a major security breach. Gonzalez had over 800 rounds of ammo in his car. This guy jumped the fence and sprinted into the north entrance of the White House. From what I understand he did get inside before being tackled. What if he had a bomb strapped to him? Secret Service studied this 20 years ago. It looks like they did nothing to fix the problem. Omar Gonzalez is a Vet. I hope that he gets the help that he needs.

Oh, you know those companies who have moved overseas in order to avoid paying taxes? The Treasury Secretary has a little something for them!

We have a weird story in which several Afghan officers were over here in the US. They were doing some type of double secret training. They left the military base and were found trying to cross the border into Canada.

More on Apple’s iPhone 6 and iPhone 6 Plus.

Bill Gates – The control+Alt+delete thing was a mistake.

In spite of Apple’s new iPhone, Google is doing the happy dance because it has won the smartphone wars.